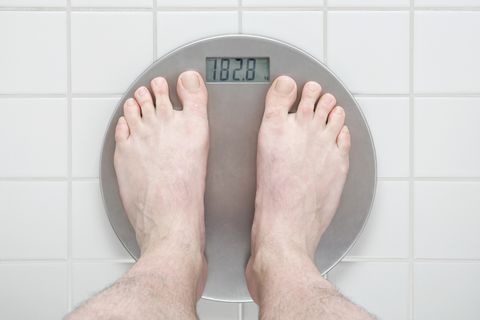 Obesity is the most predominant and alarming condition all over the world. It could lead to a number of deadly diseases which involves a higher rate of mortality. Besides being an alarming symptom for other diseases, obesity is itself a disease that affects overall health as well as self-confidence. An obese individual cannot live a happy life as it alters personal and social skills. In the past few decades, obesity has been increased significantly. One out of three individuals is suffering from obesity.

A consumer protection advocacy group, ConsumerProtect, studied further into this matter and comes up with the most as well as the least states in the United States. This study showed that obesity is most prevalent in West Virginia with 38.1% of the population is obese. They have also indicated that the people within this region are the ones who are suffering from diabetes and poor other health conditions too.

According to this study, Mississippi is the second most obese state with people having no regular exercises and eating less than a small piece of fruit a day. Another health condition that this state showed is low life expectancy. On the other hand, Hawaii is the state with people having longer lives. They have approximately an average of 6.5 years of more life as compared to the people living in Mississippi. Hawaii has the third lowest rate of obesity in the whole country.

On the other hand, Colorado has the lowest rate of obesity with less than 23%. The people in this state east a healthy diet and stays on regular exercise which ultimately leads to a healthier life with the lowest risk of obesity. The people in this region have the lowest BMI score in the whole country. Out of the 51 states that have been studied by CDC, Washington lies at 51st place with 19.2% people having no physical activities that indicated the majority of the people are living with health standards.

Every individual in the country has to bear some personal as well as societal cost. A study showed that obese people face more costly as compared to normal healthy individuals. The annual added cost that most of the people with obesity face ranges from $1400 to $2700. Another study revealed that obese people are more likely to earn less as compared to normal healthy individuals. The Harvard School of Public Health writes: “Treating obesity and obesity-related conditions cost billions of dollars a year. By one estimate, the U.S. spent $190 billion on obesity-related health care expenses in 2005 — double previous estimates.” Therefore, it has been concluded that living with an excessive amount of body fat is an economic burden too.

In the end, it can be rightly said that prevention is the only key to stop such alarming conditions that might lead to co-morbidities and mortality. It critically affects a person’s abilities whether an as individual or as societal. The Harvard School of Public Health gives the ultimate solution in the following words, “Prevention is key to trimming obesity’s high costs.”

Sugary Drinks Are Increasing The Risk Of Cancer