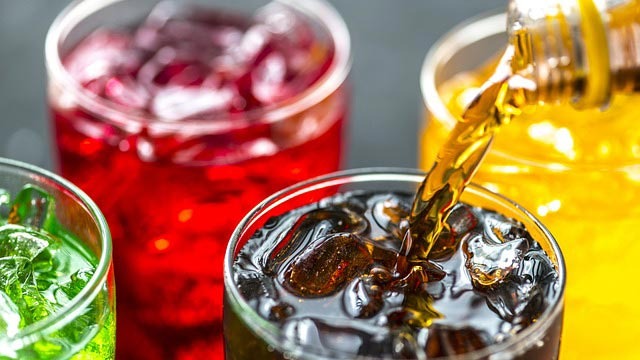 Everyone is aware of the fact that the most widely spreading disease these days is cancer. The actual cause of cancer is currently unknown but there are a number of foods, lifestyle choices and other diseases that may ultimately lead to cancer. Now as a lot of researches have been done and many are undergone through the process, people are modifying their diet, habits as well as lifestyle to lower the risk of cancer.

With the current research on sugary drinks, it has been observed that drinking as little as 100 ml of the sugary drink increases the overall chance of cancer to 18%. While 22% chance of cancer is directly related to such drinks or soda. It can also be said that whenever an individual drinks one-third can of soda in a day, he is considered at a higher risk of cancer. The most reported cases of cancer have been shown with sugar-sweetened drinks, pure fruit juices, artificially sweetened beverages, and diet soda.

This research has been conducted with over 100,000 French healthy adult individuals. The study shows that they have been drinking sugary beverages which link to an increased risk of some types of cancers. Ian Johnson, nutrition researcher, and emeritus fellow, Quadram Institute Bioscience told the Science Media Centre in the UK that natural pure fruit juices are also contributing to certain types of cancers.

The lead author of this study, Mathilde Touvier, indicated that ‘sugar’ is the main cause of cancer in sugary drinks. He added that consuming high sugar leads to weight gain and obesity while one of the most prevalent risk factors of cancer is obesity. Apart from sugar, another causative ingredient is 4-methylimidazole which is added in caramel colored drinks. It has also been observed that diet beverages have shown no links to cancer. A few numbers of participants consumed diet beverages therefore, this should be further tested before giving a clear signal.

A total of 2193 cases were diagnosed with cancer. The study showed that men consumed more sugary drinks as compared to women and so they are at higher risk of cancers. 291 cases of prostate cancer and 166 cases of colorectal cancer have been reported while 693 female participants were diagnosed with breast cancer. On the other hand, it is just an observational study that does not show cause and actual effect of sugary beverages within the body. This study is limited as it does not determine the actual cause of cancer whether due to any particular beverage or may be due to an unknown health condition.

After this study, another study has recently been in progress that indicates consumption of sugary beverages is also associated with premature death. A lot of work has to be done to find out more details of the risk factors that may lead to cancer. This is quite challenging because measuring dietary intake is difficult. But it has been very clear that the intake of sugar in our daily diet should be minimal.

Emily is someone who is a lot passionate about her work. Being a health specialist, she has worked for several healthcare units in this country. She is more interested in self-devoting her whole life to the field of medical and to benefit humans. To make her dream true, she started working for non-profit organizations along with her duty as a healthcare specialist at a renowned hospital in New York. She believed that a number of people are unaware of the basic healthcare facts that are considered essential for healthy life. Therefore, she joined The Health Doctor and poured her precious knowledge and advice for everyone.