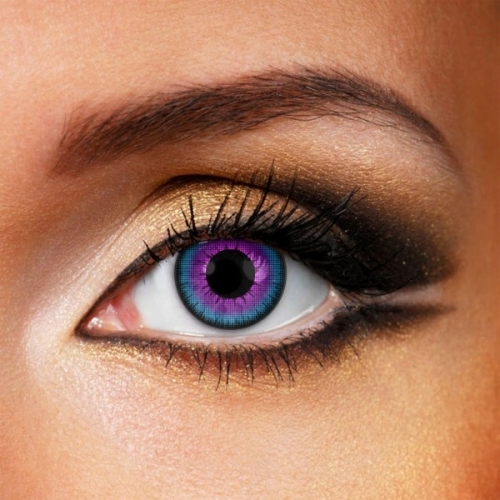 The constant wearing of contact lenses during swimming and showering can result in a serious kind of eye infection that could lead to the loss of vision. According to a report in the United Kingdom, a woman had a habit of wearing contact lenses all the time. She later developed a rare eye infection in her left eye which left her legally blind in one eye.

According to the report that has been published in the New England Journal of Medicine, a 41 years old woman started noticing pain, blurred vision and sensitivity to light in her left eye. She used to wear disposable contact lenses even during shower and swimming. After experiencing the symptoms for two months, she went to an ophthalmologist for a checkup.

After an eye test, it showed that her right eye was completely alright but her left eye has a vision of 20/200 which is considered as legally blind in the United States. Her eye’s outer transparent covering, the cornea has some cloudiness which indicated some damage. To confirm this, a special dye test was performed. During this test, if incase the cornea is damaged it will appear green after shining a blue light according to the National Institutes of Health. The woman’s cornea appeared green during this test confirming a great loss.

According to the report by the Manchester Royal Eye Hospital in the United Kingdom a rare parasitic corneal infection, Acanthamoeba keratitis is associated with wearing contact lenses and loss of vision. When this test is performed, it indicated positive for Acanthamoeba. This micro-organism is most commonly found in water, soil as well as in air, according to the Centers for Disease Control and Prevention. Whoever wears contact lenses and washes it with tap water or go swimming is at a very high risk of getting this infection, said the Centers for Disease Control and Prevention.

The infected woman was then treated with antibiotics and other supportive eye medications. This treated her infection but the scar on her cornea remained in the same state thereby letting her survive with only one eye. She miserably lived for a span of over one year with this major visual disability and nothing helped her.

After one year, she went for partial corneal transplantation on her left eye in the hope of getting her vision back. During this surgery, part of her damaged corneal tissues was removed and replaced with a deceased donor’s cornea whose corneal tissues were absolutely healthy. After the surgery, her vision was improved to some extent and not completely but she had no pain at all, said the report.

A few days ago, another man reported contracting with the Acanthamoeba keratitis in the United Kingdom. He also reported always wearing contact lenses in the shower. He has been through a lot of medical diagnostic procedures and treatments but in the end, nothing helped him and now he too is suffering from blindness in one eye.